Lying on the side of the road...


My sister calls them 'churchy folks.' I call them hypocrites and legalists, and wish they would either get real or get out. Probably not the most Christ-like approach, but I'm still in process and I absolutely hate it when people play church and call it Christianity. 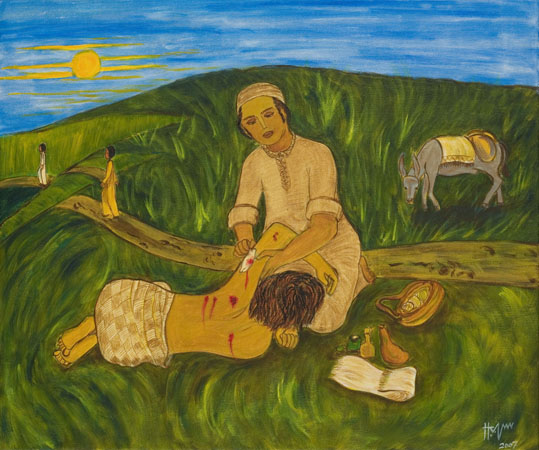 I’ve been thinking about neighbors lately.

And behold, a lawyer stood up to put him to the test, saying, “Teacher, what shall I do to inherit eternal life?” He said to him, “What is written in the Law? How do you read it?” And he answered, “You shall love the Lord your God with all your heart and with all your soul and with all your strength and with all your mind, and your neighbor as yourself.”  And he said to him, “You have answered correctly; do this, and you will live.” But he, desiring to justify himself, said to Jesus, “And who is my neighbor?” Jesus replied, “A man was going down from Jerusalem to Jericho, and he fell among robbers, who stripped him and beat him and departed, leaving him half dead. Now by chance a priest was going down that road, and when he saw him he passed by on the other side. So likewise a Levite, when he came to the place and saw him, passed by on the other side.  But a Samaritan, as he journeyed, came to where he was, and when he saw him, he had compassion. He went to him and bound up his wounds, pouring on oil and wine. Then he set him on his own animal and brought him to an inn and took care of him. And the next day he took out two denarii and gave them to the innkeeper, saying, ‘Take care of him, and whatever more you spend, I will repay you when I come back.’Which of these three, do you think, proved to be a neighbor to the man who fell among the robbers?” He said,“The one who showed him mercy.” And Jesus said to him,“You go, and do likewise.”

When the man asked Jesus, “Who is my neighbor?” Jesus turned the question around, essentially saying, the real question here is, what kind of neighbor are you going to be?

The question posed to all of us is, am I willing to kneel beside the hurting, broken, bleeding soul of another and show them mercy?

This past year I identified with the man that fell among robbers, stripped, beaten and left half dead. At the time I hated it. I hated not being able to take care of myself, being needy and being 'that' friend. But having come through, I am grateful for my experience. It definitely humbled me, but it also taught me many lessons, is still teaching me actually. 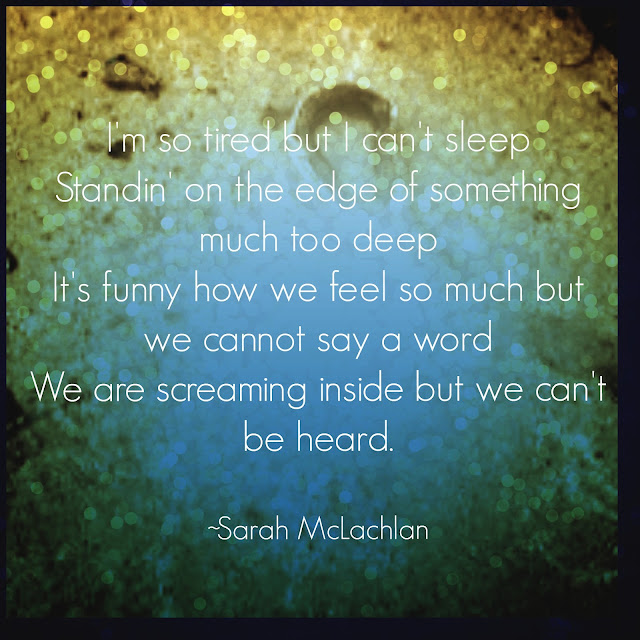 The cost of wisdom is innocence

I held the hand of someone I trusted and I followed them to the edge of a cliff, on a path I had never walked and never dreamed I would. The path ended at the edge of something much too deep and the person I put my trust in let go of my hand. They stood and watched, as I fell over the edge, and then, in the name of God, walked away from me. They left me at the bottom of a ravine, broken and bleeding, and never once looked back.

I think you could say I was naive before my fall. I believed the best in people, all people, all the time. I made excuses for why some people made bad decisions.

I am sadly wiser now.

I still believe the best in people, but I don’t make excuses for them anymore.

The priests and the Levites are still around today.

The wagons were circled when I fell. Some people involved proved to be neighbors and some, Levites and priests. The example of my neighbors is the epitome of what we as Christians, as followers of Jesus, should all be doing.

Being the recipient of the 'love' of priests and Levites helped me understand why people turn away from Christianity.

As I laid by the side of the road, I was given the opportunity to see through the pretense that many live behind, the banner they hold up and swear allegiance to. They call it Christianity, but is it?

In the name of 'love' 'God' and 'Christianity in our community,' you talked about me, but not to me. You avoided me, not sure if I was safe to be around. You ignored my pain and pretended it didn't exist. You walked away from me and called it repentance, I think that is what hurt the most.

My neighbors loved me through it

Coming up from that ravine every step felt like one step away from the edge, the point of no return. There were days I didn't know if I would make it. Faith in the dark was all I had. I was completely disoriented. I don't know how to express how I feel for the people that showed me mercy. These souls hemmed me in and let me set the pace as they loved me up from that dark place. Never letting me go, they loved me through the pain, the disillusionment, the fear and the sin. They loved my fragile broken heart back to health.

My neighbors allowed me to feel the pain in my heart without judging me. I didn't have to be careful in their presence, they gave me freedom to be real. They cried with me. In their acceptance, Jesus’s love was like oil and wine poured on my wounds. Their care bandaged my bleeding heart and carried me to a safe place to heal.

They showed me mercy.

I believe this is what Jesus meant when he told us, "Now you, go and do likewise." This is Christianity.

We can’t allow the priests and the Levites around us to define Christianity.

Jesus never crosses to the other side of the road, and if we are following him, well, that’s obvious.

There is no reason good enough to ignore the cries of the wounded. It is never about the worthiness of the recipient. Every human life is worthy of compassion.

We must never forget that we are saved by God's mercy and grace alone, not by anything we have ever done.

To the priests and Levites I ask, why is your religion threatened by my honesty? Jesus came to heal the brokenhearted. Do you not see that your actions towards someone with a broken heart are exactly opposite of the God you claim to be following?

There is no judgment against anyone who believes in him.
John 3:18
christianity Following Jesus hypocrisy Jesus judgemental attitude Mercy

Popular posts from this blog 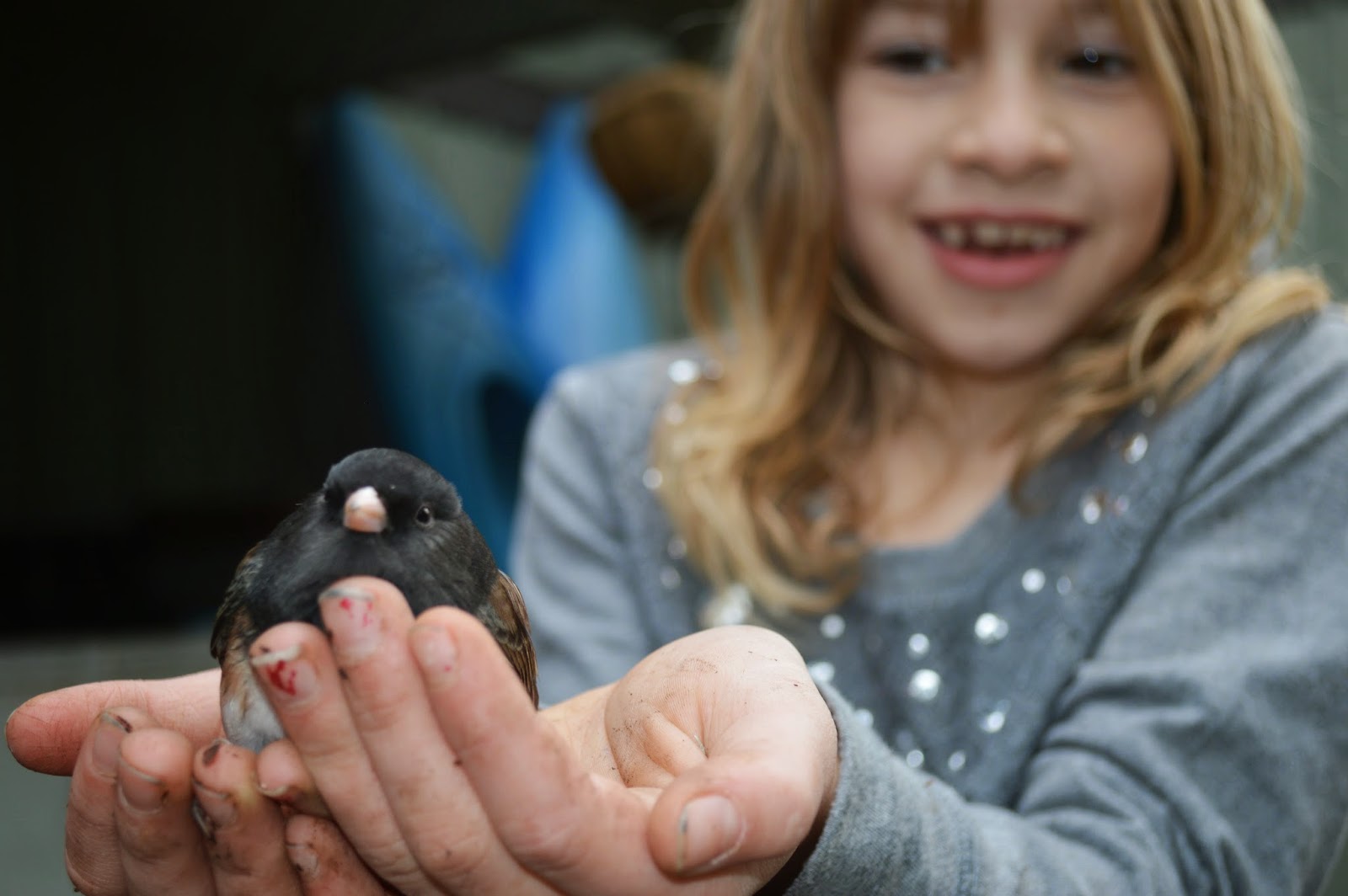 When you are present, the world is truly alive.
~Natalie Goldberg,
Writing Down The Bones

Sometimes life is raw and totally in your face.
The first few days of welcoming a tiny human into this world are one of those sacred times.

Life continues it's relentless march outside your windows and you are barely aware of it, sun up and sun down. Anything that isn't happening in your moment, isn't happening at all, as far as you're concerned.

This is what happened to me during the first two weeks of November. The day after I had my great idea and declared a month of disciplined writing practice. The very next morning I was on a plane.

I went to live every second completely alive, to be wide awake with my grandson as he was waking up to the world around him.

I had no idea.

Twenty minutes after Maverick James Panco took in his first breath, I held him in my arms. Life is forever changed. We are all forever changed. There is one more life on this earth with my blood flowing throu…
Read more

Before you hurt someone, feel. 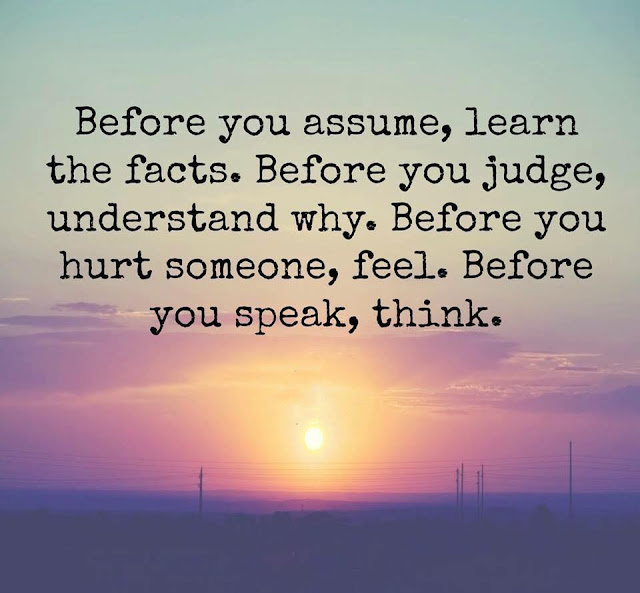 When the Lord saw her he had compassion on her and said to her, “Do not weep.” Luke 7:13

I am a people-pleasing junkie. I admit it. If there was a support group for people like me, I would be there with my hand raised, ready to say, “Hi, my name is Renee and I am a people-pleasing addict.” And then I would go on to confess how many times I fell off the wagon that week. It's in my nature. I know it's wrong to please people before we please God, but I do it without thinking all of the time. Along that vein, I have to admit that I did not want to write this. I’ve been fighting it since I received the letter, but God won’t give me anything else to write about, so I’m doing it. I want to write about happy things, but God seems to have other plans for me. These words do need to be written and they need to be read by many in the Christian community.
In one month I had two very different encounters about the same issue. I think they display the difference between Jesus's love and …
Read more